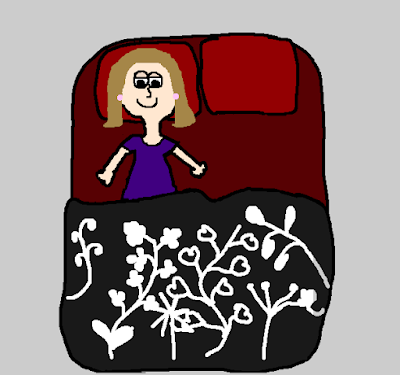 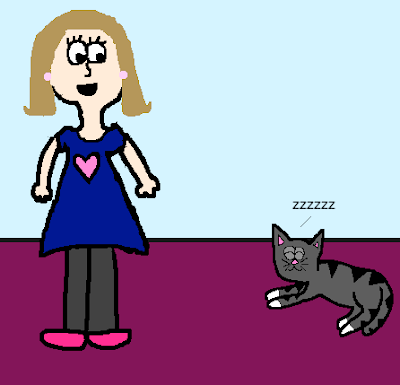 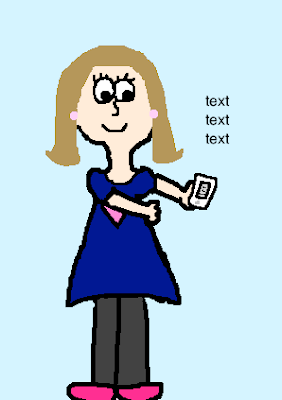 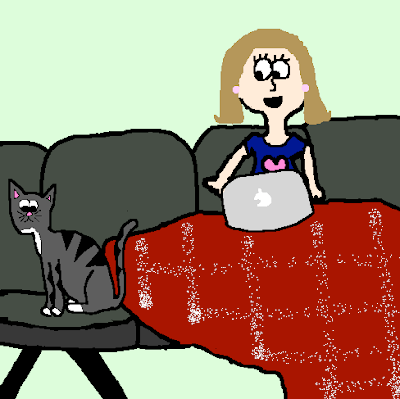 Good times. But then I chatted with Boyfriend. 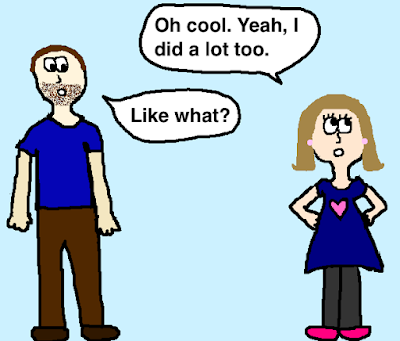 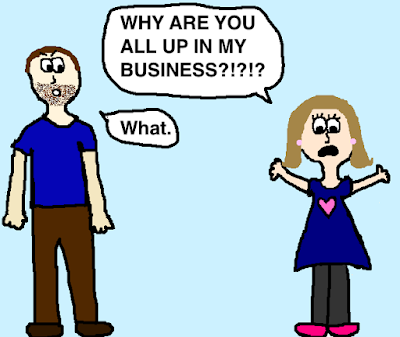 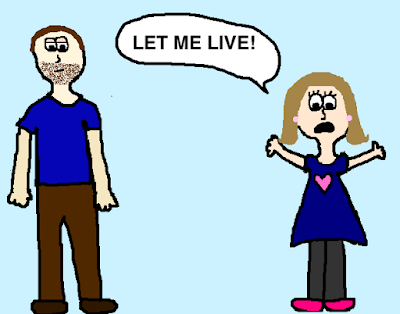 In my defense, I'm just trying to bond with kitty by engaging in her activities on the weekend. She's quite good at sleeping/sitting/texting/snapping at Boyfriend.
Posted by Gia at 7:00 AM 7 comments:

Email ThisBlogThis!Share to TwitterShare to FacebookShare to Pinterest
Labels: boyfriend, i'm a lazy cat, jk i love sleep, sitting is the bees knees

The Destroyer and the DVD Player

So, Boyfriend and I were hanging out like usual. 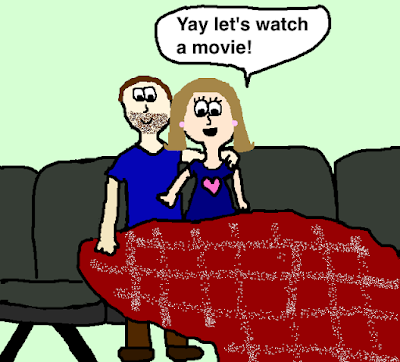 And then this happened: 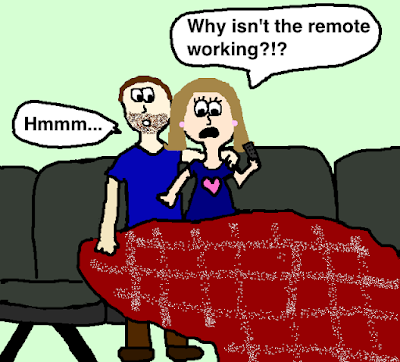 Boyfriend recently made me suggested I get a universal remote, since the volume didn't really work on the old one. (That's a whole other post...that mainly involves me shrieking at the television.)

Boyfriend the Hero got up and took a look at my dvd set up. 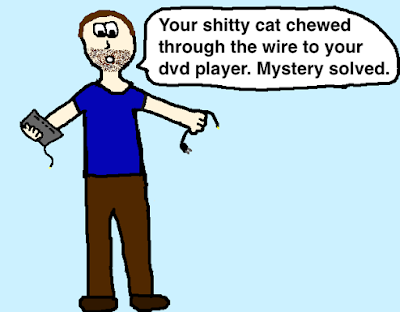 Yep. What an asshole. But then I realized the potential danger. 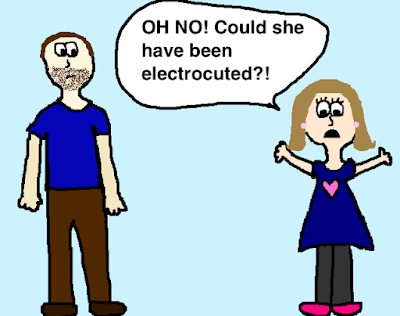 So I pulled kitty out of the wardrobe she was sleeping in, and gave her a stern talking to. 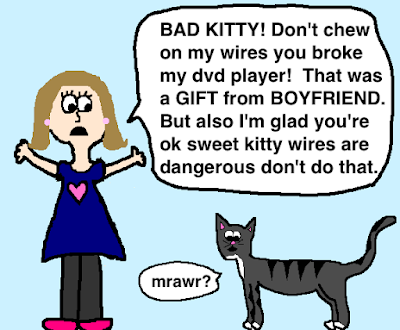 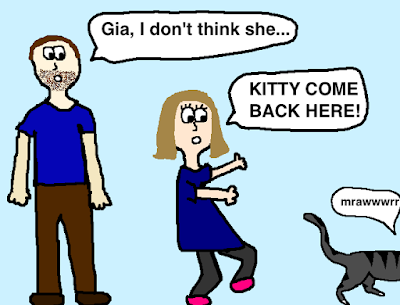 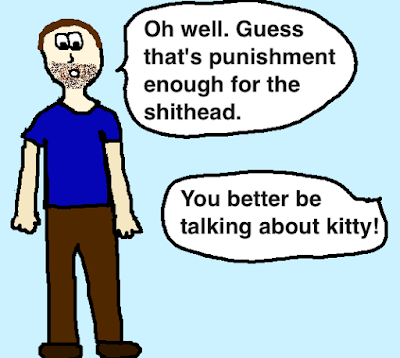 Ain't no shame in my cat-chasing game. What horrible things have your cats/dogs/babies/significant others eaten?

On Saturday, I went grocery shopping and noticed a new parking spot sign. 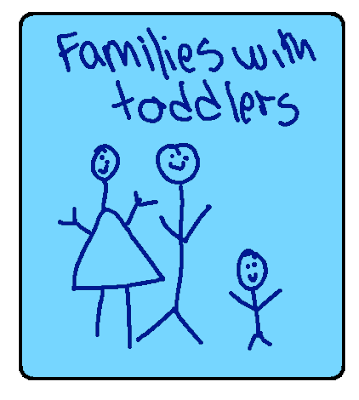 Then I noticed another sign on the spot right next to that one: 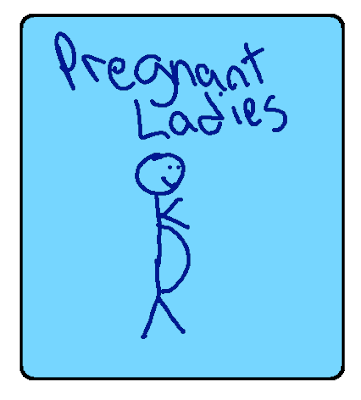 Well, ok.  First, let me say that I'm totally fine with courtesy spaces for people who don't have a handicapped plate but may otherwise have a condition/situation that would be helped by parking closer. Sure.

But - aren't these really specific signs? I mean, what happens if the pregnant lady parks in the toddler spot? Exactly how old does a kid have to be before they age out of the toddler spot? What if you have a little kid that can't toddle yet?

And, what about other things that should justify getting a close parking spot?

I propose the addition of the following parking spot signs: 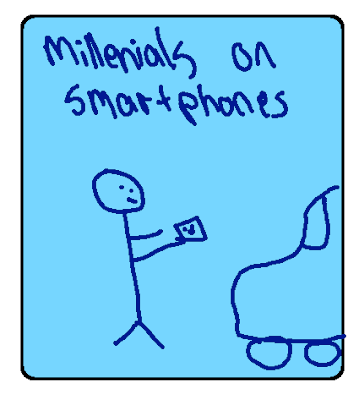 FACT: thousands of millenials die each year by texting and walking into traffic. Let millenials park closer and save lives. 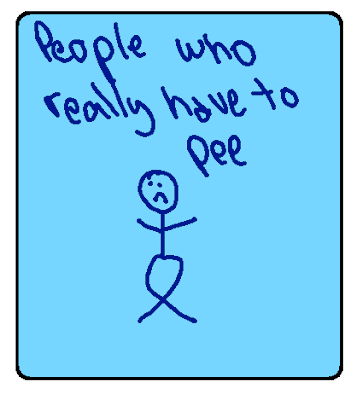 You know what happens when you hold your pee too long? Bladder infections. FACT: bladder infections lead to DEATH. Let people who have to pee park closer and save lives. 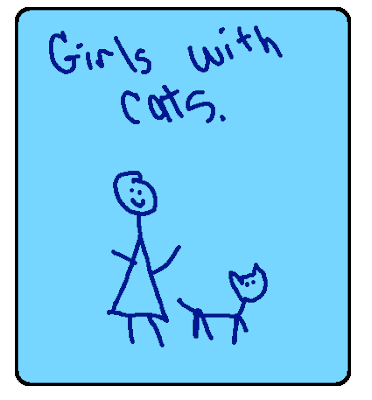 FACT: Cats are awesome and I deserve to park closer because of it. 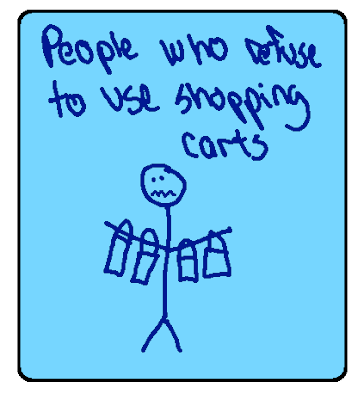 *Grits teeth* I will not make two trips from the car to my apartment.

People who want to carry their groceries are heroes and therefore should be rewarded for their valor. 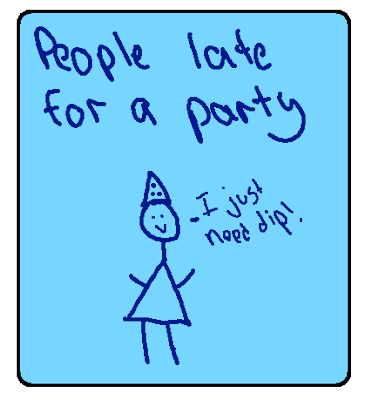 People who go to parties are cool. Cool people get better spots. That's how the cookie crumbles. 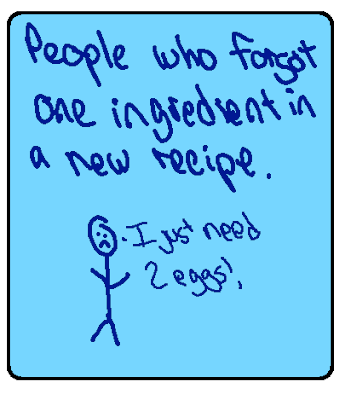 People who try new recipes are courageous and we should accommodate their need to pick up just one more thing. 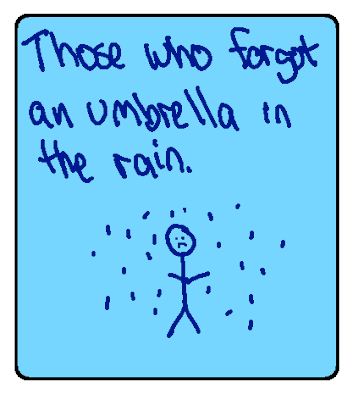 [Trigger warning] These people are the victims of weather. Would you really further victimize these weather victims by making them park far away? 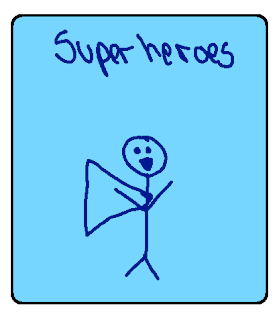 These superpeople/gods/aliens/machines/hulks/bat hybrids/cat hybrids have SAVED HUMANITY. At the very least,  should they not be allowed to park 10-12 feet closer than us mere mortals?

Email ThisBlogThis!Share to TwitterShare to FacebookShare to Pinterest
Labels: adventures in failure, i have GREAT ideas, i love my iphone, i'm obsessed with my cat, look a post not about my cat 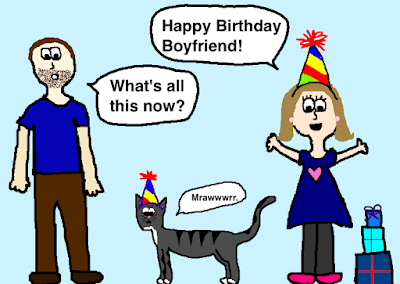 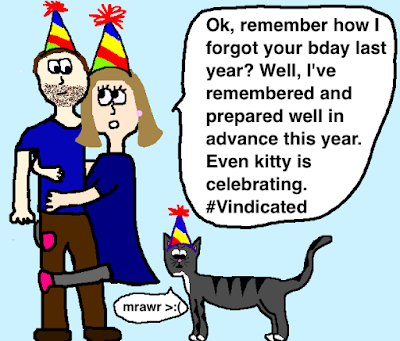 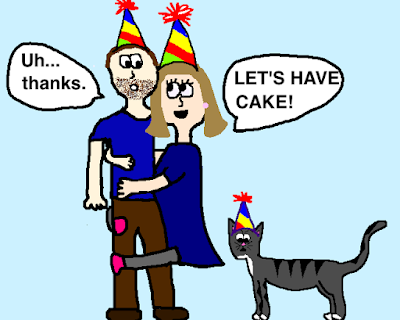 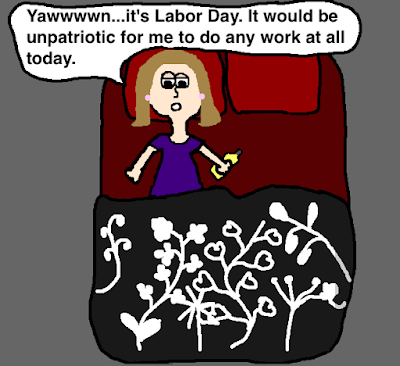 Yep, it's a bed-and-wine day for sure. Hope you all get to enjoy a day off!