Actual convo between me and Boyfriend this week: 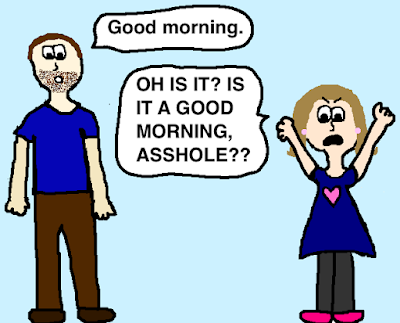 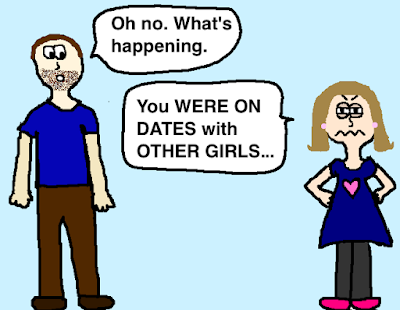 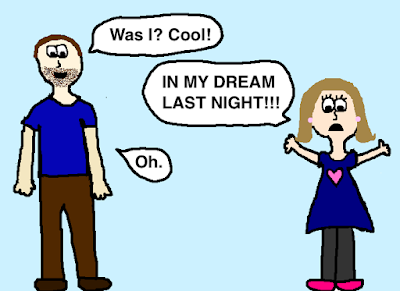 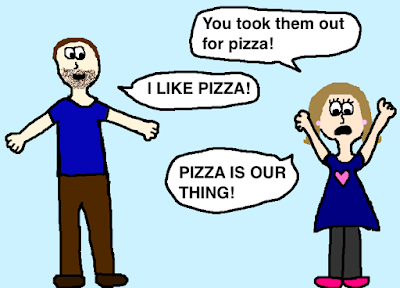 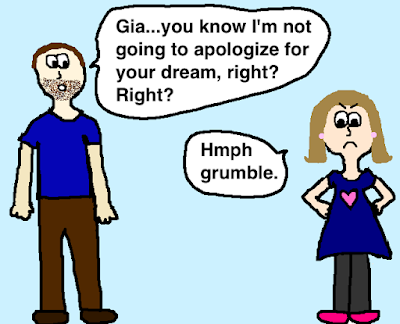 Don't worry guys, I've forgiven Boyfriend for not apologizing for dream-cheating on me. He better not do it again.
Posted by Gia at 7:00 AM 7 comments: 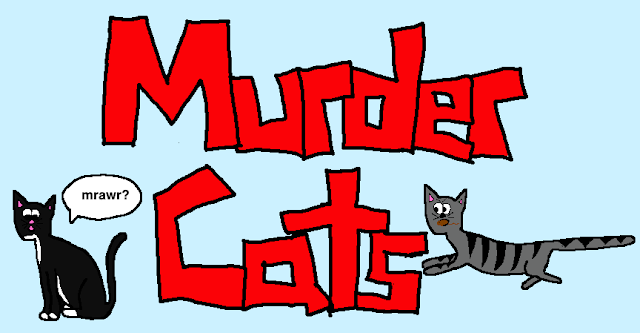 As you probably know, Boyfriend has two cats.

Months ago, we had the first mouse-killing experience, which looked something like this: 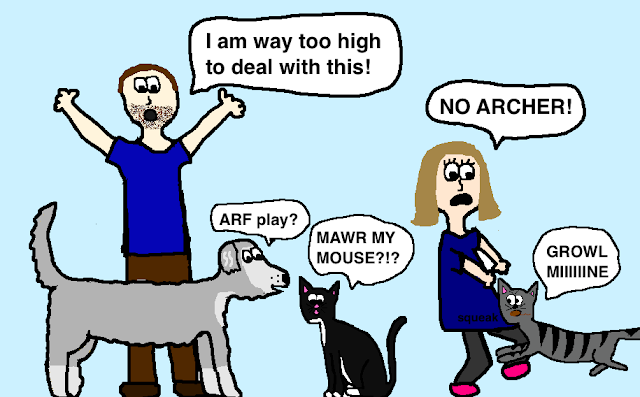 Since then, they've killed a few more mice. They're usually mostly indoor cats, but they've also killed a few critters outside too, like a vole and a little birdie (RIP).

However, last weekend, we had a New Incident.

Boyfriend and I were hanging out in the morning on Sunday, drinking coffee and relaxing. 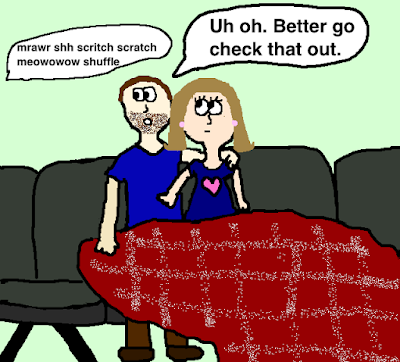 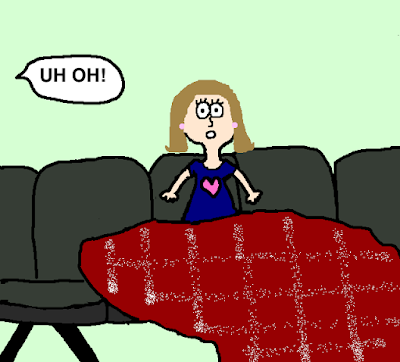 Boyfriend found the cats in the corner, looking at...something. A big golden fluff pile. Definitely not a mouse. 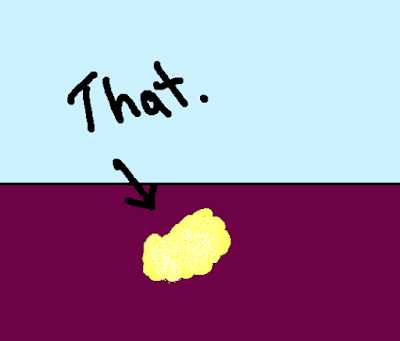 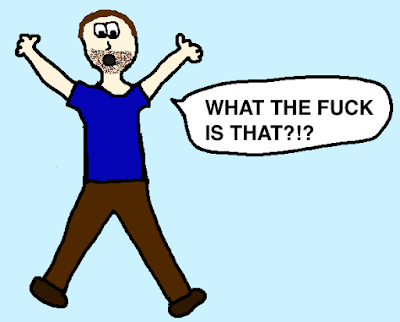 I thought perhaps it was some kind of weird stuffed animal part, which didn't make any sense.  Boyfriend went to go get some gloves and a cat nudged it. 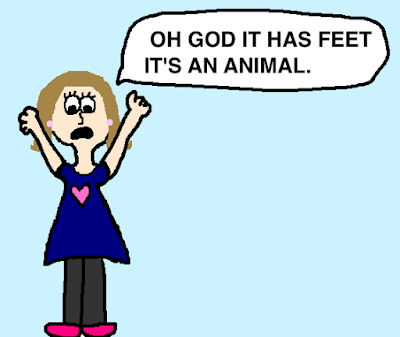 Before he could get to the hamster, Archer made his move, grabbed it again, and went rampaging around the house. 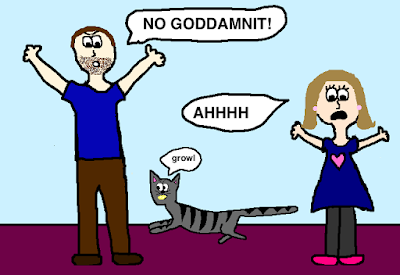 We cornered Archer and got him to drop the very dead hamster. But we had questions. 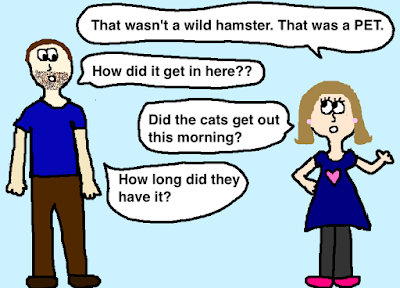 I came to the obvious conclusion. 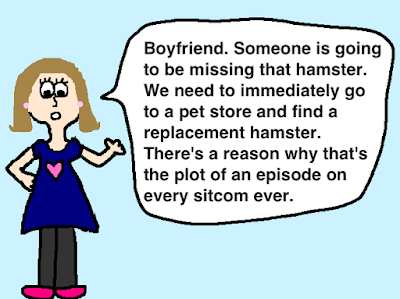 As we pondered where that hamster could have come from, Boyfriend went to go check on his young adult daughter as she was getting ready to go to work. 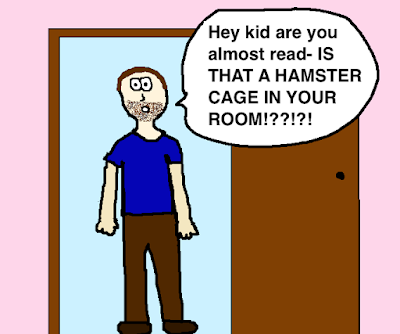 YEP.  Boyfriend's daughter got a hamster a few days earlier and neglected to tell him. He immediately confessed that his murder cats just unapologetically slaughtered it, and were still in full on rampage mode around the house. 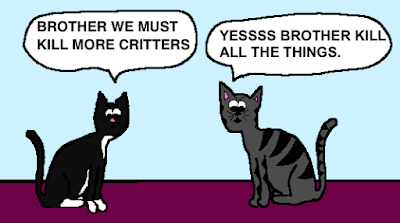 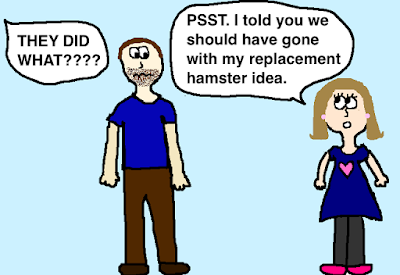 For the record, we don't really know how this happened. The cage was closed and the cats weren't allowed in her room. Our theory is that the hamster somehow managed to wiggle out of the cage, slide under the door, and enjoy a little bit of freedom before he went to the big hamster ball in the sky.

So I was going to share my traditional MLK post from the past couple of years but a joke minimizing the civil rights movement feels a little bit like bad taste in this very immediate news cycle of the president being a racist dumpster fire.

So I'll just say Happy Martin Luther King Jr day. Perhaps take a moment to ponder this uncomfortable fact:
This is done by a person called Robin Bell - follow on twitter here. And here's a slightly lighter one: 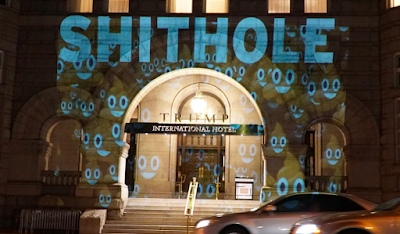 Ok, back next week to my usual antics (psst: spoiler alert: my next post is about cats.)
Posted by Gia at 7:00 AM 6 comments:

No it's YOUR Sciatica

So...my back hurts. I'm not entirely sure what brought this on. I did feel pretty sore when I visited my parents and slept in my old twin bed for a few nights. It also gets a little hairy when I'm at Boyfriend's and the cats are there:

But either way, I woke up a couple days ago and my back hurt. Bad. 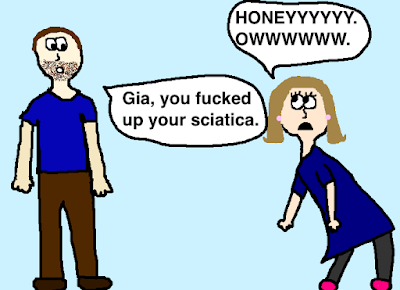 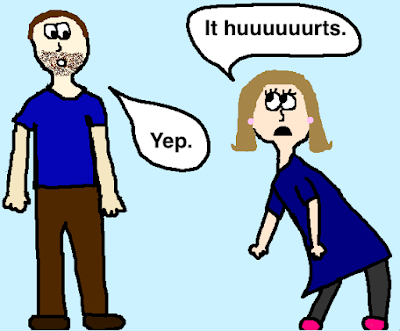 The pain is shooting down my side and leg. Not good. 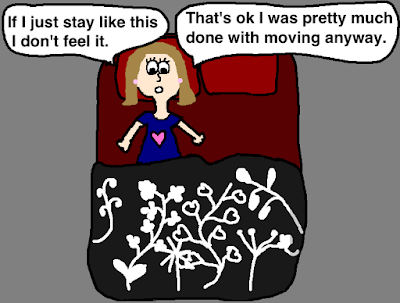 Boyfriend told me I had to do this thing called "stretching." 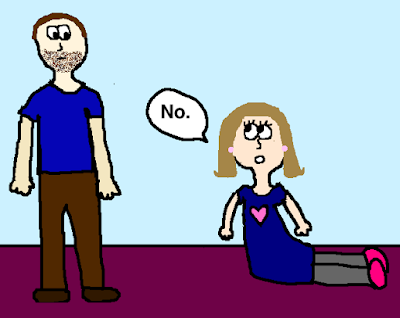 Honestly how dare he. 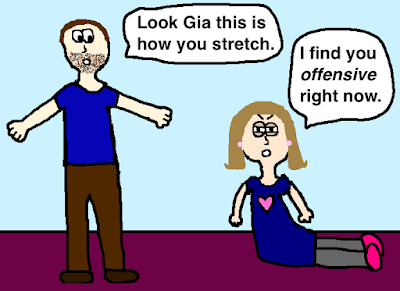 So, I've been heating and stretching and standing and sitting for a couple of days now. Hopefully it'll get better soon. Sciatica relief tips, anyone?

Email ThisBlogThis!Share to TwitterShare to FacebookShare to Pinterest
Labels: are you fucking kidding me with this shit, boyfriend, sos, things that are painful 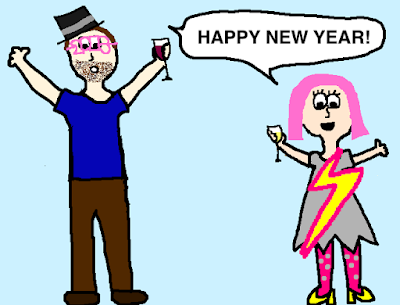 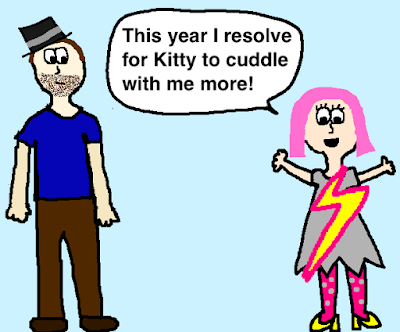 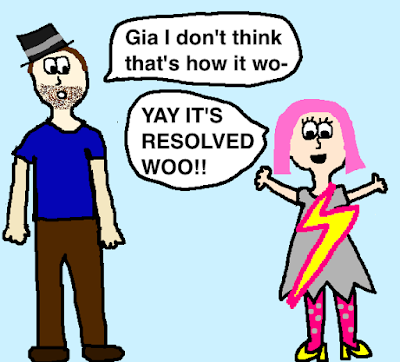 Hope you all had a great new year! Gotta go find my cat now....